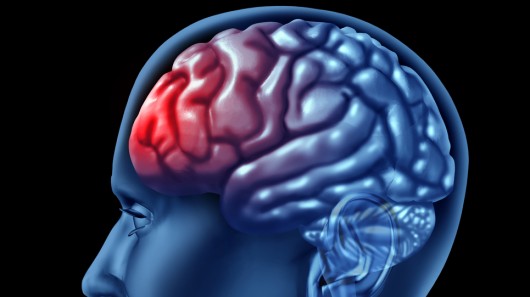 It is believed that TBI figures are grossly understated because of misrepresented data and misdiagnosis. There are an abundance of injuries that are just “shaken off” and not reported at all. The idea of ignoring a brain injury happens for many reasons and quite often in competitive sports. Although urgent care is required, many times a blow to the head is not even evaluated or diagnosed as a serious medical situation. Certain individuals are even pressured to forego treatment, especially those subject to domestic violence.

Many of the varying symptoms of mild brain damage may be subtle and go unnoticed at first, but gradually they gain momentum until they interfere with everyday life. One day you notice that your memory is just a bit more faulty than usual. Then you realize that your attention is distracted quite often. It causes issues with the way you speak or express yourself and suddenly you begin to have a harder time doing so. It begins to cause issues like depression causing individuals to distance themselves and feelings of anxiousness.

They are often overlooked because associated issues mask themselves as natural imperfections like natural faults of our bodies or personalities. However, they could be signs of secondary progression from TBI. Dr. Anlys Olivera, a Brain Injury Unit Researcher at the National Institutes of Health, explains that the difficulty in identifying symptoms of TBI until they worsen is partially why early signs go unnoticed.

“Doctors sometimes can’t get to the root cause because there is no protocol specific to TBI treatment over time. Symptoms can come six months, two years, or 10 years after injury, and patients are not aware that more issues can follow. Insurance will only cover immediate ‘standard’ care, but may not cover alternative care strategies for chronic post-concussive symptoms. This is a huge problem as well,” she remarks.

Dr. Olivera ties this to the serious oversight in military protocol, where certain soldiers are receiving a dishonorable discharge regardless of behavioral changes that could be related to TBIs experienced during training or combat operations.

“It’s a shame. There is no consideration for the chronic impact that TBI has on these soldiers and the effects on their judgement and reasoning skills, or even their personalities,” notes Dr. Olivera.

“Patients are often not even aware of these alterations because of their brain injuries.”

One out of three military service members are returning home with a traumatic brain injury in addition to other mental health issues such as PTSD. [8]

The sad truth is, these potentially devastating brain injuries happen all the time. Every time a young kid attempts to replicate a youtube video or some poorly planned stunt they are risking these issues because most individuals do not seek medical attention after a nasty fall. The small percentage of individuals who do seek medical attention may or may not get correctly diagnosed or treated. Roughly 90 percent of reported TBIs are considered to be “mild” during clinicians’ ER assessments and they are sent home that same day. [9]

Don’t let this classification fool you — even “mild” injuries can be quite life-changing. There are often multiple symptoms coexisting, with common types including memory, problem solving issues, speech disorders, and emotional instability. [10]Although in most cases, there is not much that hospital staff will do unless there is immediate bleeding or swelling in the brain.